Benjamin B. Logan was the son of Euclid Washington Logan and Queen Della or Queendella/Queendilla Benedict Logan. He was born around 1839 in Allen County, Kentucky. He was named for his grandfather, Benjamin Benedict. E.W. Logan and Q.D. Benedict Logan came from Allen County, Kentucky, to Perry County, Illinois, where they lived for many years. They then moved to the area on the border of Bates County and Henry County, Missouri.

One of the most interesting things about this affidavit is that it spells out Benjamin B. Logan’s lineage as follows: “… son of EW Logan who was a son of Robert Logan [Robert S. Logan of Allen County, KY] who was a son of Joseph Logan.” William Logan was 83 at the time. He made his mark, being unable to write his name.

The Dawes Commission Rolls of 1835 and 1838 are referenced, as was protocol for these applications.

It is important to note that, although numerous Logans of our line applied for Cherokee citizenship, all were denied for insufficient proof. 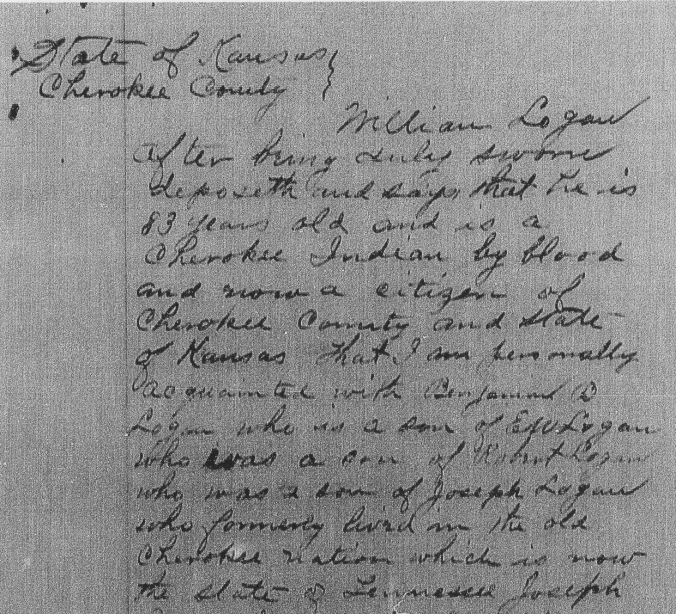