This is thought to be the death certificate of William John “Bay” Logan, son of William Logan and Matilda Thaxton or Thackston Logan.

There are some uncertainties. Although we know — from Naomi Logan Bass, daughter of William Logan’s brother, Enoch F. Logan — that “Uncle Bay” … came to our house before my dad died and stayed a while. He was almost blind. Since Enoch Logan died in March of 1924, it could help explain why Naomi lost track of “Uncle Bay” until his death in 1927. Another uncertainty is that we can’t seem to find William J. Logan in a couple of censuses. He had been living in Cherokee County, Kansas, but his mother died there in 1897 and his father in 1905 at the Cherokee County Farm. We lose him for a time afterward.

Since William Logan was “almost blind” and had “muscular heart disease” for a year-and-a-half, it makes sense that he would have lived at the County Farm, the only “safety net” other than family prior to Franklin D. Roosevelt’s New Deal in the 1930s and 1940s.

William Logan died in 1927 and is buried at the Washington County Poor Farm Cemetery in Beaucoup Township, Washington County, Illinois. A large stone marker adjacent to a farmer’s field lists the occupants of the cemetery, including William; however, there are no individual markers and nothing to mark even the cemetery’s boundary.

Discovery of oil at the Oak Grove Cemetery in Pilot Knob Township and a successful test in DuBois caused talk of an oil boom in Washington County. 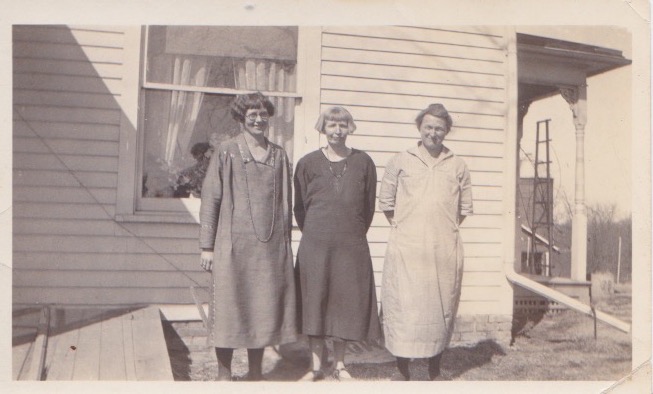 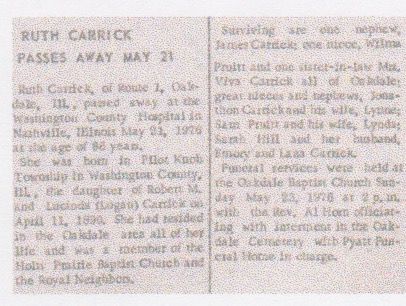 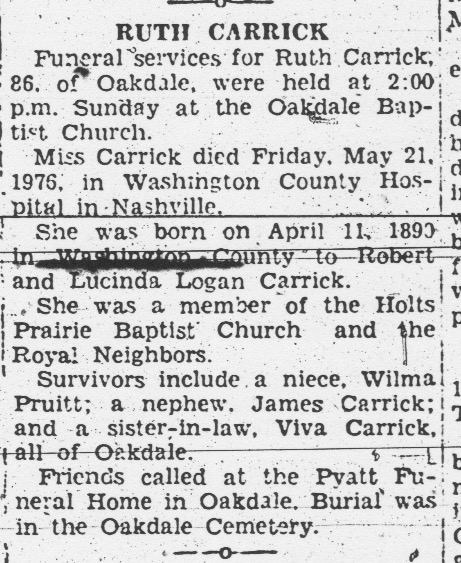